I'm at the airport now heading back to Texas from an amazing week at the Bondurant school in Phoenix, Arizona. Yesterday was Day 4 of my Bondurant school and we basically spent all-day on the track in Formula Mazdas.

Shifting to 4th in the High-Speed Esses 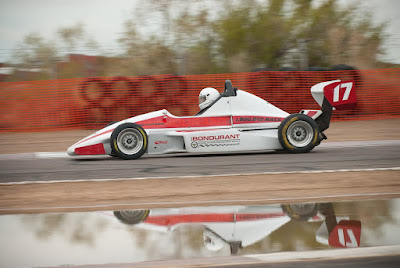 Driving the Formula Mazda during a wet morning session (Photo by John Dowd)
The day started off damp with light rain in the morning, but the sun came out for a very nice, dry afternoon. So track conditions went from very treacharous to perfect by the afternoon. I got more and more comfortable with each session and started to push harder, slide the car around more, and adjust my driving to the car. Each session, I progressively moved up my braking points, got to the throttle earlier, and increased my mid-corner speed. These small increments paid big dividends in lap time. I was the fastest car in my group so I did not have many clean laps. In the final two sessions, Pietro Fittipaldi and I played lead/follow so he could see where I was faster. We each learned a bit from each other as he was braking a bit later into Turn 1, but I was getting to the throttle earlier and getting better exits out of each corner. I was extremely impressed with the 14 year-old grandson of Emerson Fittipaldi. He was almost as quick as I was and this was his first time driving something other than kart! If he achieves his goal of racing in F1 and NASCAR, then I will have a good story to tell in a few years!

After the last session, we had a graduation session with Bob, our instructors, and the 6 4-day students. My instructors had very good things to say about my driving and my progress. The Bondurant school rates each student on a scale of 0-5 (5 being perfect, 0 being truly terrible). To help quantify the ratings, the most students get a 2.2 - 2.5 and nobody has ever recieved a 5. The highest rating given was to 4-time Indy 500 champion Rick Mears who recieved a 4.5. Given this, I was very happy to receive a 3.9.

Two hours after graduation, I took a 2-hour shifter kart course at the Bondurant SuperKart School which is on the same property. It was basically a quick intro, a shifting exercise, and then 2 long lapping sessions. The Bondurant kart track has many different variations using parts of the road course, and the variation we ran was about 0.3 miles long with 6 turns. It was short, but very quick and fun to drive with good variety of corners. The karts were CRG 125cc Shifter karts with TM ICC engines. This was my first time driving a CRG and an ICC shifter engine. It is very different than my Honda CR125 shifter engine. It has less torque especially at low RPM and the power band is smaller making gearing and being in the right gear even more critical. After driving the Mazdas all day and then the shifter, I was completely wiped, but it was an absolute blast.

Upshifting Coming out of Turn 2 in the Bondurant Kart Course
The in-car shots are screengrabs from my in-car GoPro videos. I have several videos from the school that I will post once I do some editing. The Bondurant photographer, John Dowd, took some excellent photos of me during the school. Here are four more photos from John: 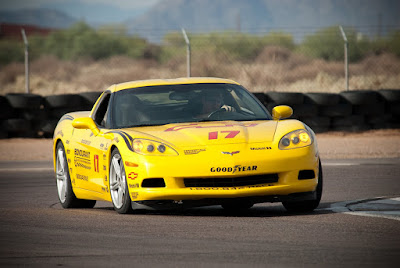 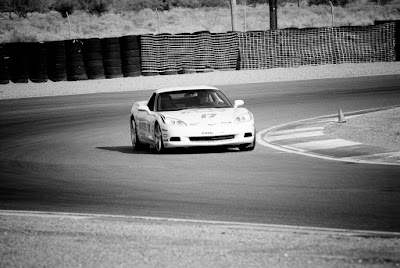 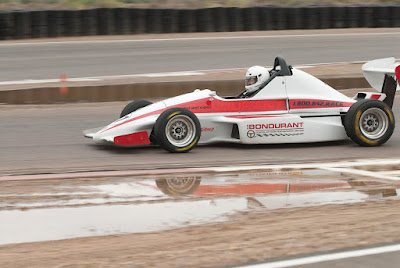 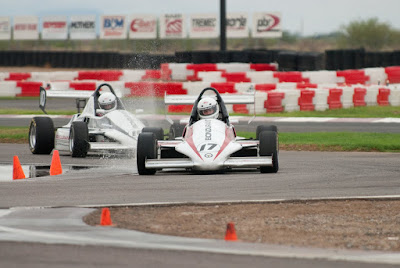