Sunday would bring a very wet, but drying track as overnight rains soaked the area. Rain was not forecast until later in the afternoon. With us running 2nd heat, we were fairly confident it would become a 3rd-run showdown as the course gained grip each lap and this proved to be correct. I kept the lead with each run until Matt Leach dropped in a class-leading 79.142s run on his 3rd attempt in his BFG-shod RX-8. This put me down 0.3s heading into my last run. I knew I had the pace in the car and the track was improving at a rapid rate, but I still had to put together a quick, clean run to take the win. I was able to get it done with a 78.593s run to take the win by 1.158s overall. It's great to have some high pressure situations early in the season as C-Street looks to be a large and very competitive throughout the season. 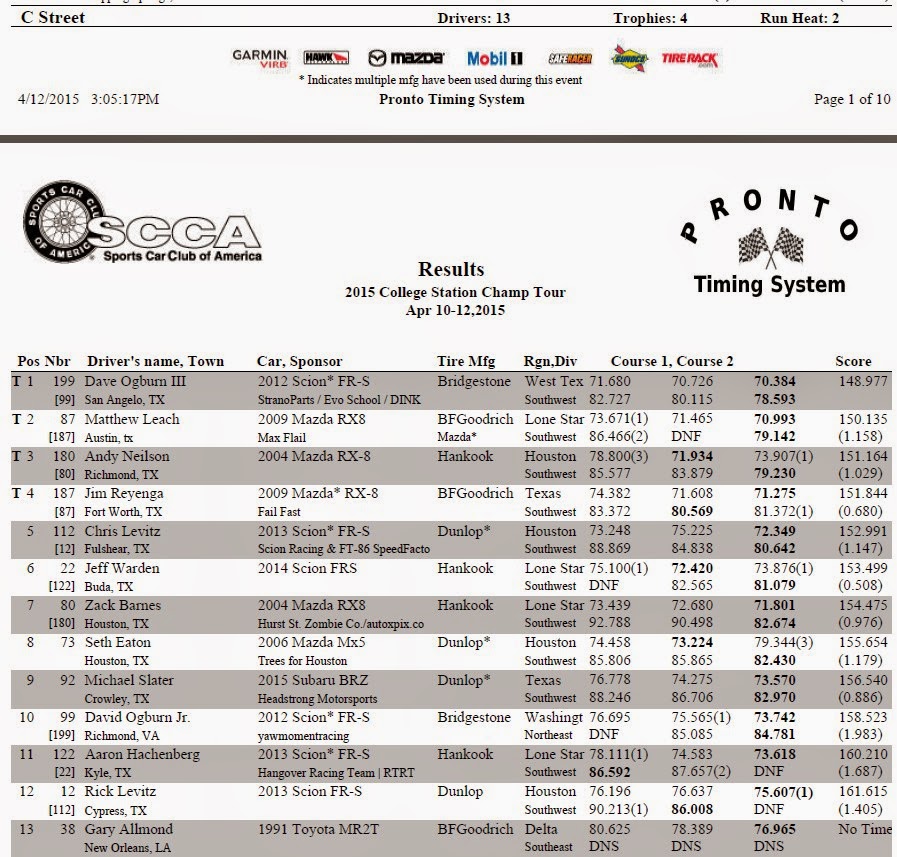 Here is onboard video from my fastest runs:

Thanks to my parents and Ali for the help all weekend. The team heads to Blytheville, Arkansas over May 1-3rd for our first ProSolo of the season. This is a re-schedule of the event that was cancelled back in March. In it's current setup, the car was a bit tight overall and sluggish in slaloms, but gave us a decent starting point for the season. With the newly discovered TRD port-installed spring and anti-roll bar upgrades, I will be making a big change to the setup this weekend. We will see how the car reacts to the new parts (should be good...) and then I can tune around the new baseline setup that we will run in Blytheville. Now for some wrench time in the shop...!

Posted by Yaw Moment Racing at 10:12 PM No comments:

Been radio silence here for a bit, but will have some updates soon. Today is our first event in the C-Street Scion FR-S and we had a solid field of 14 cars enjoying the Texas concrete. We lucked out with dry weather today and overall I am pleased with how it went. After finding time with different shifting strategies and generally getting used to the car on a higher speed course, I'm sitting in 1st with a 6 tenth lead. It should be a bit lower speed course tomorrow and possibly wet so that may shakes things up! 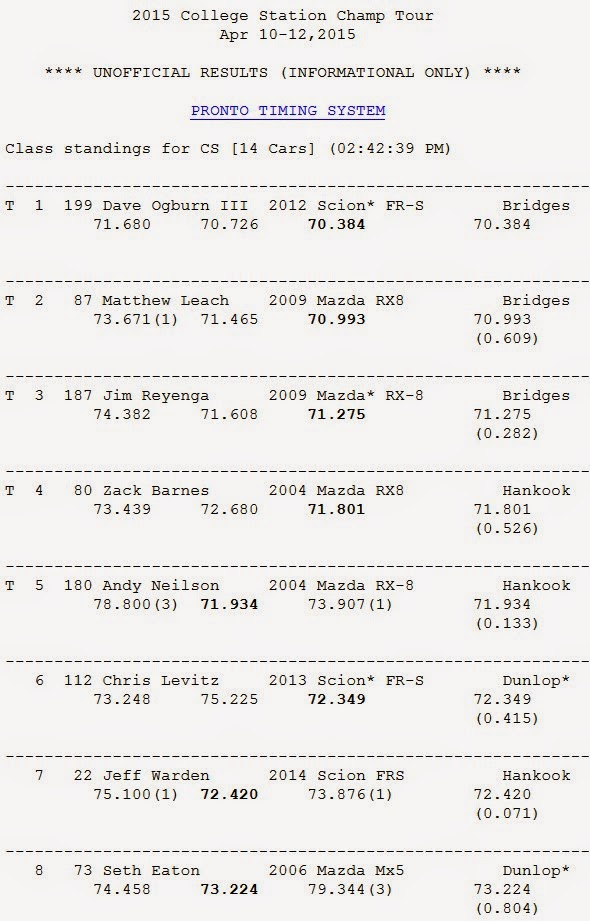 Posted by Yaw Moment Racing at 9:37 PM No comments: