Off-season Refresh for my Honda CR125 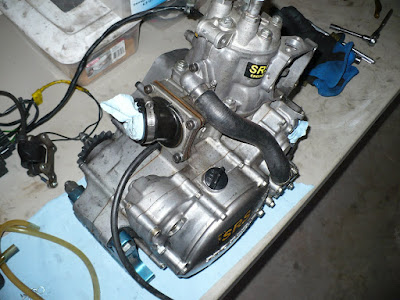 I pulled my motor off this weekend, cleaned it up, and packaged it up to ship to SRS Engines in Hawkins, TX. John Sefcik at SRS is one of the top shifter kart engine builders in the country and will be giving my engine a quick inspection, top end refresh, and changes to the reed cage and timing for SKUSA rules changes.

Now that the motor is off, my Birel M31 chassis will be up for sale soon and ready to accept your Shifter, Rotax or TAG engine! 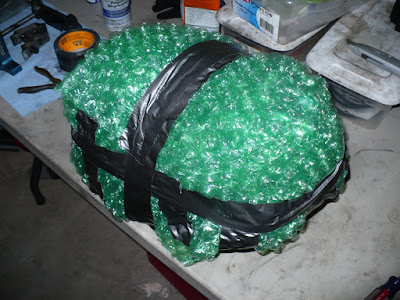 Posted by Yaw Moment Racing at 11:54 PM No comments:

Turning on old kart chassis into an iRacing Cockpit

I've had a 1999 MBA shifter kart chassis laying around the garage collecting dust for the past three years, and I finally found a use for it... 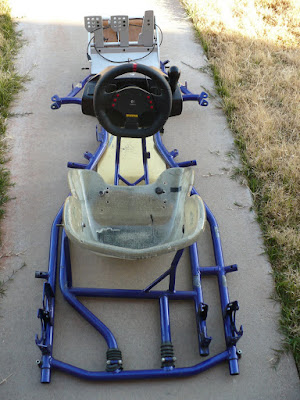 I built it over a few nights after work with spare wood and metal laying around the garage. I need to work on the seating position, but it has worked well so far for sim racing battles with my co-workers. The steering wheel is tilt adjustable and the pedal mount is adjustable to accommodate different size drivers. 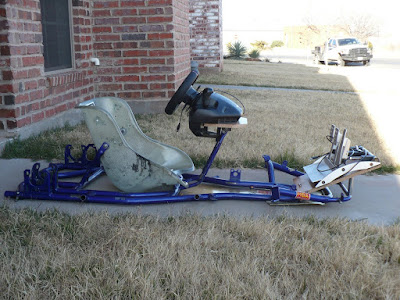 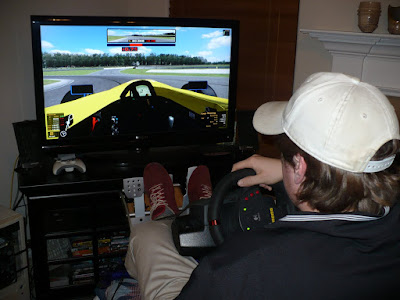 Posted by Yaw Moment Racing at 9:13 PM No comments:

Got some photos of the Birel Spirit SP32 Chassis from 3G karting. I'll be picking it up and hopefully running my first practice with it in 3 weeks. Can't wait! 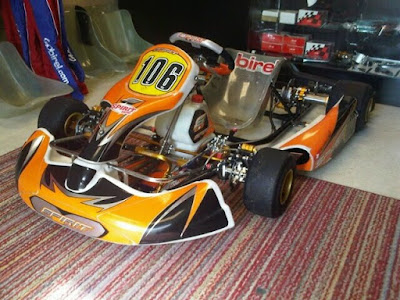 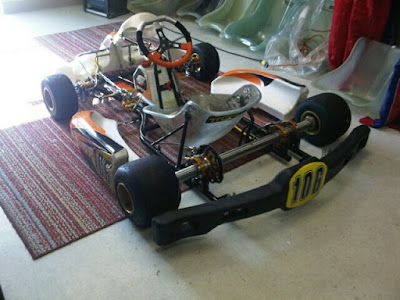 Posted by Yaw Moment Racing at 3:28 PM No comments:

After a few months of number crunching and tough decision making, I've made my final plans for the 2011 season. Here are the basics:

I will be upgrading my kart chassis to a 2010 Birel Spirit SP32 that was used for 1 race day in 2010 by 3G Kart Racing based out of Katy, Texas. The SWRC runs 10 races over 5 weekends at 5 different tracks throughout Texas and Oklahoma. I will join 3G's tent program for the full SWRC series which will help me to focus on my driving and racecraft and get me access to the 3G team's extensive experience for setup, gearing, engine tuning, etc. for all of the SWRC tracks. This will be huge advantage over my previous karting endeavors especially considering I have not driven 4 out of the 5 SWRC tracks. For each race weekend, there is a Friday practice day that I will use to learn the new tracks and dial in my Birel's setup. 3G Kart Racing is a top-notch National karting team and I am very excited to be partnered with them for 2011. Thanks to Mark French at 3G for helping me over the off-season.

I will be picking the new chassis up in late February after I get my Stock Honda CR125 back from it's off-season refresh by SRS Engines in Hawkins, TX. To keep in practice, I will be testing often at Rimrock Raceway in Midland, TX and running club races with North Texas Karters throughout 2011.

Photo of the new chassis:

My Dad and I will be taking a year off from National Level SCCA Autocross so I can focus my budget and energy on kart racing and road racing the Bondurant Formula Mazdas. At this point, we are targeting 2012 for a return to the SCCA Solo Nationals in our STX Mini Cooper. My Dad will still be autocrossing the Mini locally and may contest an SCCA Divisional or National Solo event to keep in practice for the 2012 Solo Nats so I will post his autocross results and videos throughout the season.

Thanks to my sponsors and supporters for helping me make the 2011 racing season happen!
Posted by Yaw Moment Racing at 11:35 PM No comments:

Looks like a strong candidate for a future project car.