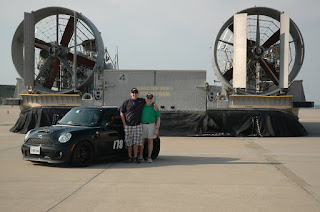 Team Photo with a Hovercraft
This past weekend my Dad and I competed in the Virginia Autocross Championship (VAC) hosted by the Tidewater Sports Car Club. As I posted earlier, the event was at Littlecreek Amphibious Base and it was a fantastic site for this event. On one end of the course sat behemoth Navy hovercrafts and the other side opened up into the Chesapeake Bay. It is basically like racing on a concrete beach surrounded by hovercrafts - not your typical mall parking lot! 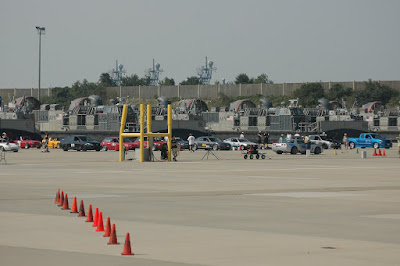 Day 1 Heat 1 Grid with Hovercrafts
The VAC was a two-day event with the top times from Saturday and Sunday deciding the championship. For Saturday, STX class ran in heat 4 which put us running in the hot afternoon sun. This was our first time running on concrete so I basically had to make an educated guess on our setup. I started with our base tarmac setup and checked the damper setting to make sure they were even side to side and set each damper in the middle setting for compression and rebound.....this turned out to be not such an "educated" guess. The first run was miserable with zero front grip and rear grip rivaling a skidcar. We adjusted by dropping tire pressures front and rear until we had a decent, driveable setup by the 4th run. However, the tire pressures made things better, but still did not fix the fact that our dampers were too stiff in both directions. Because we were both running in the same heat, I did not have time to adjust the dampers between runs. Despite these issues, I ended up 3rd in class out of 10 in a field that included 4 national level drivers. Not bad considering the setup woes. I was 0.4s out of 1st place so I had my work cut out for me to make the jump to the top spot on Day 2. 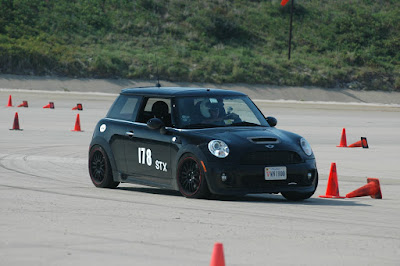 Slammin' through cones on Day 1
My Day 1 run was good enough to qualify for the Top 16 PAX shootout Saturday afternoon...but barely. My first competitor in the shootout was a Street Modified Subaru STI driven by Martin Kriz. I ran 0.1s faster in my shootout run and stayed clean.....so I was really hoping Martin would clip a cone on his shootout run. He had a great run, stayed clean, and beat me in the first round by a few tenths on the PAX ranking. I didn't do as well as I'd hoped in the shootout and I really wanted those free tires, but at least I qualified and got extra seat time on the dry concrete.

In-Car Video from the Top PAX Shootout
I got a break with the weather as it rained all Sunday morning and we were the 1st heat. Our Mini has a distinct advantage in the wet over my competitors in RX8s. I also do a lot of wet handling training at work so I'm pretty decent in the wet compared to your average autocrosser. The big difference however was the damper setup changes we made before Day 2. Overall lateral traction was greatly improved and we had good balance which made the car very easy to rotate on corner entry. The track was drying throughout the heat so the times picked up with each run. I stayed in 1st place for each run, but got 2 seconds faster from the 1st run to the 4th run. In the end, I finished in 1st place for the day and cleared the Day 1 winner by 0.5s leading me to a 0.09s margin of victory for the Virginia State STX Championship!

In-Car Video from Day 2 in the wet
The Solo Nationals are now two weeks away and I feel much better prepared to take on the top STX-class autocrossers in the country. Our concrete setup is dialed in and we will have further time to optimize at the Solo Nats test and tunes. Also, my Dad and I had time to review our data and in-car video which really helped our driving. He improved over the weekend dramatically and has a lot more confidence in the Mini now. This should bode well for Nationals and next season for both of us.

Thanks to Courtney Cormier for all of his help with the Mini throughout the weekend and the Audie and Jeff Chenery for letting us stay at their beach house!

Here are some more photos from the event taken by my parents: 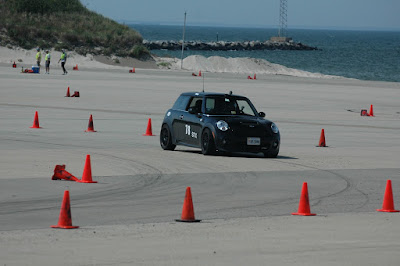 My Dad on the Day 1 Course 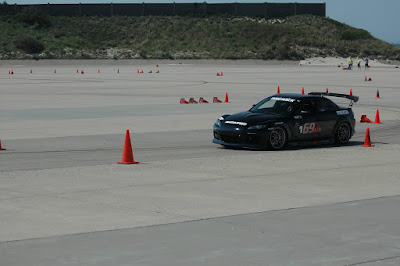 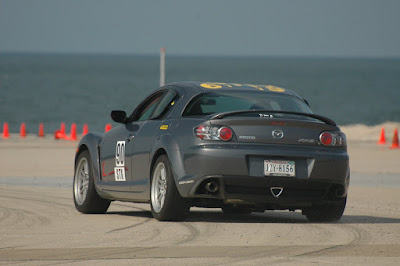 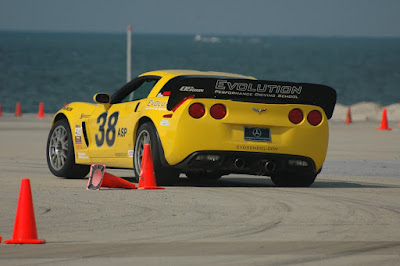