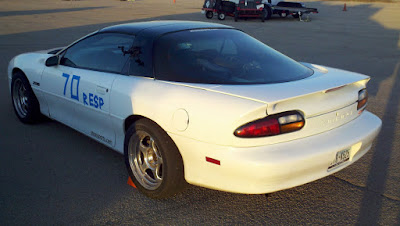 My Dad and I will be running a new car in 2012 for the Solo Nationals and select National Tour and Divisional SCCA Solo events - a 2001 Chevrolet Camaro Z28. We purchased the car about two months ago and as you could probably tell from my last event results, it is race-ready and fast out of the box. I owe that to 15-time SCCA National Champion Sam Strano who happens to be handy behind the wheel and with a wrench. As owner of Strano Performance Parts, Sam purchased this car brand-new back in 2000 and had quite a bit of success with it through 2006 when he switched to F-Stock Mustangs (and reeled off another 4 straight titles....). In 2007 the Camaro was featured on the cover of GM High-Tech Performance. 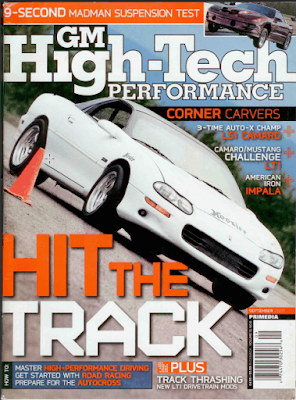 Earlier this year, my Dad and I decided that the STX Mini was not the car for us to run a National competition, but we wanted to start driving together again for 2012. We both like the Street Prepared class for it's level of prep and use of race rubber so we narrowed our search down to CSP, DSP, or ESP cars. Our goal was to purchase a well-sorted car and if we couldn't find one, then we would start from scratch and build a CSP Miata. A few days after we hatched our plan, Sam listed his Camaro on SCCA Forums and we bought it that night.

Now for a bit more about the car; Sam prepped it for E Street Prepared class and won National Championships with it in 2004 and 2006. It has a 5.7L LS1 V8 and transfers power to a T56 6-speed transmission courtesy of a Spec Stage 2+ clutch. Power is transferred to the ground by very wide 315/35ZR17 race tires. Engine modifications include aftermarket headers, Y-Pipe, and an SLP Loudmouth system from the cats back. A bit more power is squeezed out through an racing intake, Fluidampr harmonic balancer (with underdrive), and a custom tune by Phil Knowles. It cranks out well-over 300HP at the wheels. 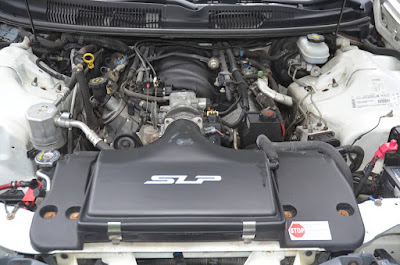 Since 2006 when Sam last campaigned this car, there have a been a few rules updates that will allow me to eek a bit more time out of the Camaro. I have a set of subframe connectors waiting to be bolted up and may be swapping out front control arms in the future to net some more static camber. The interior is still stock except for a Sparco racing seat and the car still has a working A/C and radio. I'll pull these items out to reduce some weight before the 2012 season, but for now is still bad-fast with them. Right now, the battery is located in the stock location, but I can swap in a lightweight racing battery and place it in the rear for further weight reduction before next season. After weight reduction, the newer SP class rules allowances for aerodynamic aids (splitter and spoiler) is the other open area of development for me. 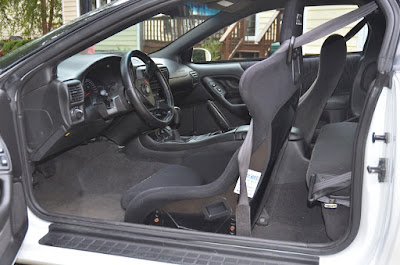 My Dad will be traveling to San Antonio in two weeks for our first event in the car together so stay tuned for more fast laps from the ESP Camaro.
Posted by Yaw Moment Racing at 9:37 PM