A Week in Lincoln, NE for the 2010 SCCA Solo National Championships 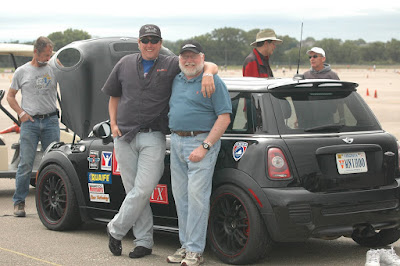 My Dad and I in impound after our Day 2 runs

After a 14-hour return drive to Texas, Ali and I got back to San Angelo around 10PM on Thursday. I've had a few days to get back to normal life and go over video and results from the week long excursion to Lincoln, Nebraska. Overall, Ogburn Motorsport (aka my Dad and I) had a great experience at the 2010 SCCA Solo Nationals Championships - we learned a lot, met some people, saw some cool cars, got to spend time with family, and got to turn a few laps around two of the most fun autocross courses we have raced on against 54 other STX drivers. 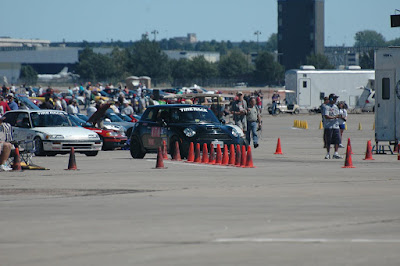 Me in the Starting Box on the West Course

On Day 1, STX class raced on the "West Course" which was more technical and a bit tighter than the fast, flowing East course. The course should have suited the Mini's small stature and kart-like handling and steering, but I did not perform as well I expected. I ended up with a fast-time of 64.192 in my last run which put me in 29th place and 2.5s back from Andy Hollis who had a 0.8s gap on every non-Civic STX car. Basically, Andy dominated Day 1 and left it to everyone to play catch-up on Day 2. The field was extremely tight from P15 to P30 with the biggest gap from any driver being 0.12s - most gaps were around 0.05s! With the tightly packed group from 15th to 30th, I knew I the had potential to move up with a good run on Day 2. Day 1 was a good learning experience for me because I learned truly how much I need to attack the course on both days to not get myself behind. I was too cautious with my three runs and tried too hard not hit cones in certain areas. On a bright note, I had several people compliment me on my slaloms because I wiggled two cones in one of the slaloms on every run. The course workers would go and check each time, but they were always in the box! 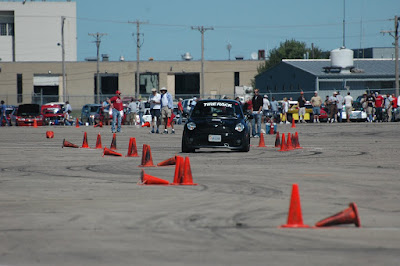 Entering a wall slalom (wallom) on the West Course 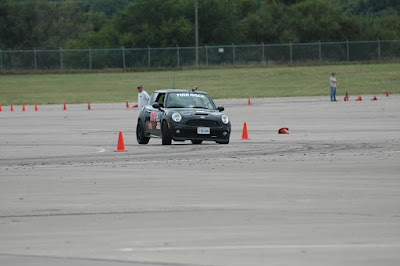 Lifting a wheel in an East Course Sweeper
With lessons learned from Day 1 fresh in my mind, I set out to attack the course on Day 2. Day 2 had STX on the East course and I had much better day overall. I was a much more aggressive, thinking driver on Day 2 and it showed up in my lap times. Again, my third run was my fastest clocking in at a 64.865s. Sebastian Rios in a 1991 Honda Civic had the fastest STX time of the day with a 62.983. My run was 19th fastest out of 54 drivers on Day 2 and moved me up to 22nd overall from 29th. Unfortunately, I did cone away my fastest run on Day 2. Without a cone, my 64.258 run would have put me 17th on Day 2 and 17th overall out of 54. With 54 drivers in our class, the SCCA was awarding trophies back to 15th place in STX. I had two goals coming into my first Solo Nationals: 1) My "I'll be pissed if I don't achieve this goal" was to finish in the top 50% of my class 2) My "reach" goal was to finish in the trophies. I achieved my first goal, but was not quite quick enough to get in the trophies. At least I was the fastest Mini in STX!

In-Car Video of My Fastest Runs from Both Courses
When I look back on my first Nationals it is easy to be disappointed because I didn't come back with any hardware, but I keep having to remind myself that I have only driven the STX Mini 3 times, it was my first nationals, and our car is under-prepped for the class. This year will serve as a great building block for continuing to race and develop the Ogburn Motorsport Mini JCW for STX class. We are waiting to see if there will be any significant rule changes in STX for 2011, but we have already made plans to improve the car significantly for next year.

I have to thank the following people for making my trip to the 2010 Solo Nats possible: My Dad and Mom, my girlfriend, Courtney Courmier, OG Racing, AutoX Cooper, and all of the Solo Nats event sponsors. Thanks! 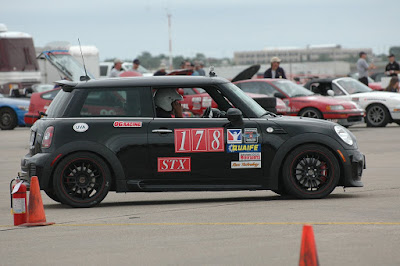 In the staring line on the East Course with our stickered up Mini. Thanks Sponsors!
Here are some more pictures of a variety of cars at the Solo Nats (photo credits- my Dad and Ali Rutherford): 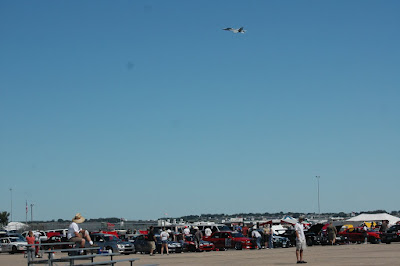 A fighter jet taking off by the Solo Nats Paddock 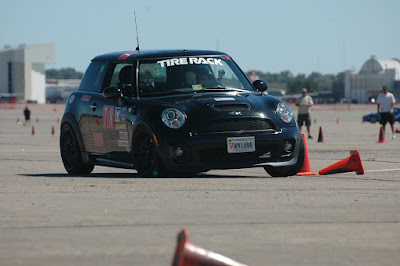 My Dad ripping up the West Course in the STX Mini 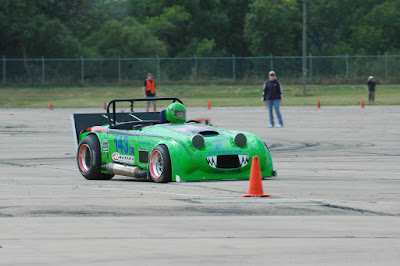 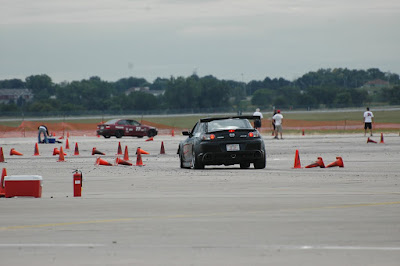 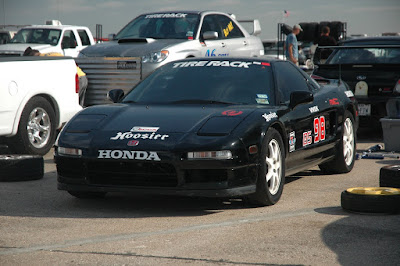 A B-Stock Acura NSX in the paddock 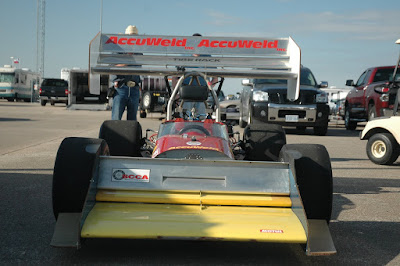 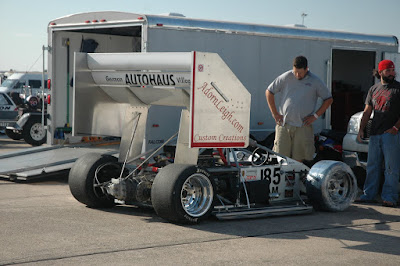 Another A-Mod racer in the paddock 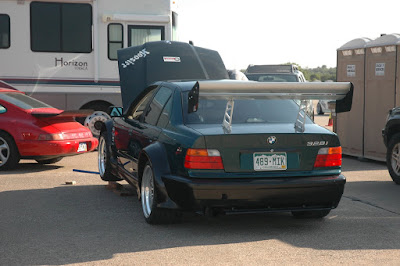 Good-looking flares on a BMW 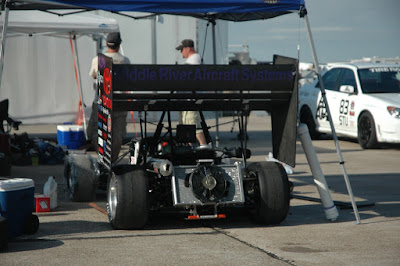 University of Maryland's FSAE racecar in the paddock 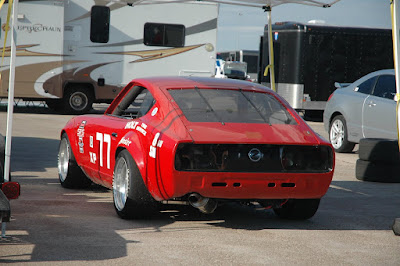 A gorgeous X-Prepared Datsun in the paddock 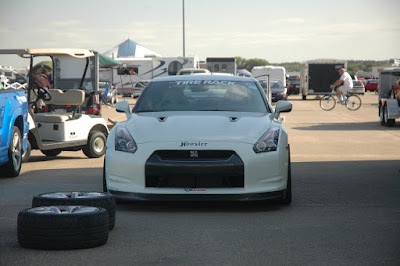 I bet this was fun to drive!
Posted by Yaw Moment Racing at 5:33 PM