Congratulations to the Edision2 team from Lynchburg, VA on taking home $5 million as the winners in the Mainstream Class of the Progressive Insurance Automotive X-Prize. I worked with several of the team members while I was a student at the University of Virginia in Charlottesville, VA. I spent a lot of Saturdays with the team's Chief of Supplier Relations, Julian Calvet, at his workshop in Charlottesville. Julian ran a Porsche 997 in the Grand-Am Koni Challenge in 2007 when I met him at Daytona. I helped him fix and prep his car after the Daytona 2007 race. He eventually sold the car that season, but it was a good learning experience for me at the time. I met Edison2 Founder and CEO Oliver Kuttner through Julian because they are close friends and Oliver's shop was across the street from Julian's. I remember Oliver talking about his interest in the X-Prize back in 2007....I guess he was VERY interested and that worked out for him pretty well. 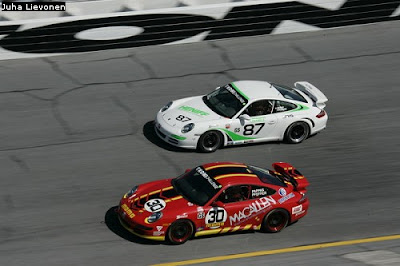 http://www.edison2.com/personnel/
Posted by Yaw Moment Racing at 1:58 AM