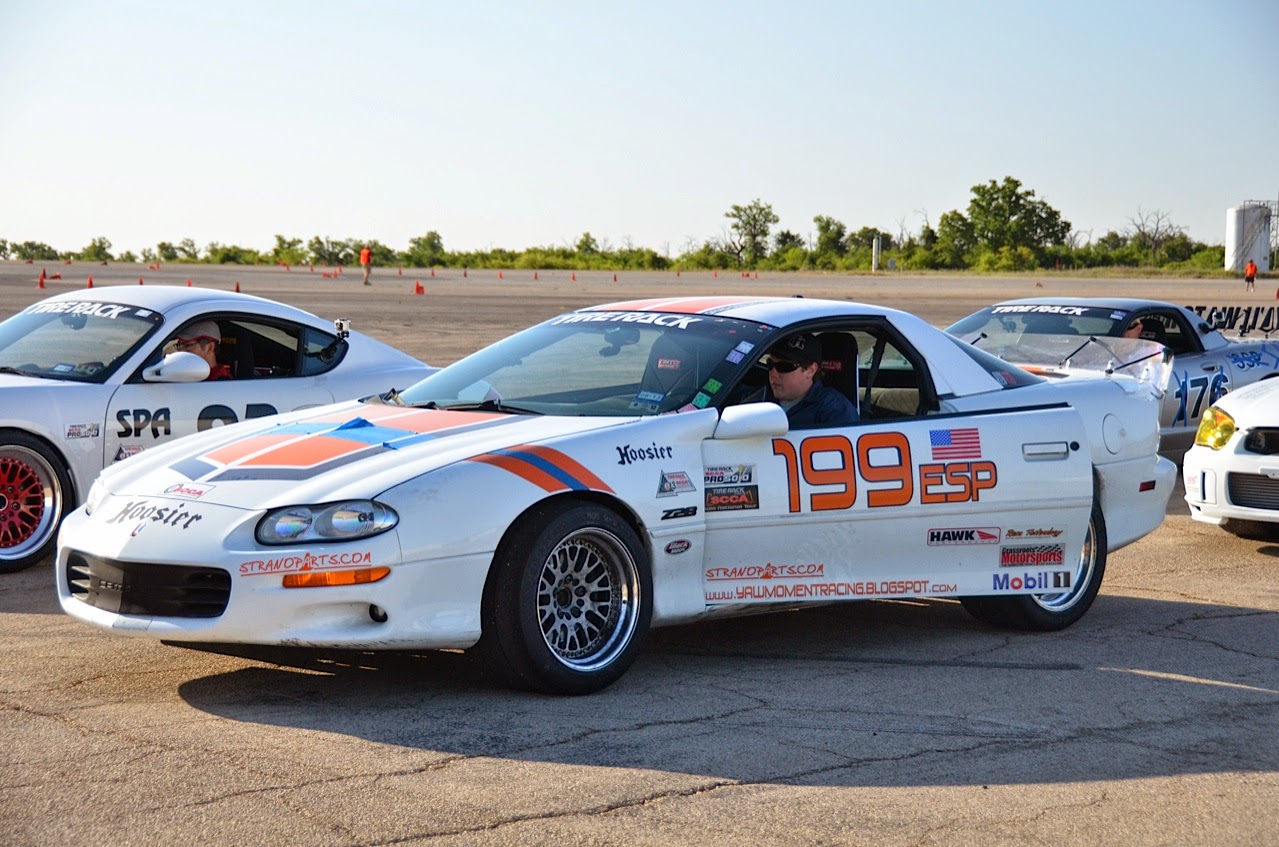 With the drag starts of SCCA ProSolo, shifting is especially the 1-2 shift at the drag start is kinda important. The ESP Camaro was not too happy with 1-2 shifts this weekend. For the first time in the car, my Dad and I both had trouble with getting the car into 2nd gear. I had to double stab it on half of my runs which was extremely frustrating and didn't help the lap times at all.

Here are the Bump class results. Korry Berger took home the win in the ESP battle clipping me by 0.05s. Grant Watkins took home the Bump class win in his SMF Civic. Congrats! I really struggled on the right side all weekend and couldn't get into the 39s for the life of me. With my 3rd place finish and being 0.8 back from Grant, I barely made the Super Challenge for the event which makes it 2 for 2 events this year. I was the 31st qualifier based on my gap to Grant in Bump class so I had a tough road to go. Despite this, I had two decent runs and barely lost by 0.2s. With a missed shift on both sides (common theme....), I could have moved into the next round...oh well.

Our next National event will be the Pro Finale and Solo Nationals in September. Despite the transmission troubles, I took home 2nd place points for the ProSolo championship this weekend and will take a 1st and 2nd into the Pro Finale which gives me a shot at the ProSolo Championship if I can hang with the AWD cars. For now, time to pull the transmission which won't happen until sometime over the summer, but I have to get it fixed before pulling the car up to Lincoln. I will be putting the lift to good use this Summer!