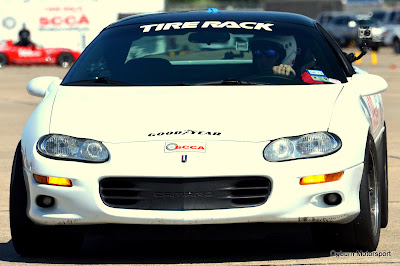 Necesito Mas Rapdio....I need more fast. Well, the 2012 Spring Nationals are in the books. My results from the weekend were disappointing, but as always, I still had a blast racing with Ali, Lane and my parents. We had a great field of fast Solo drivers and racecars for the Lincoln National tour aka "Spring Nationals" aka "The Central States Championship." Whatever you call it, it was a great event with fast, flowing courses and it was a good barometer for Solo Nationals pace.....which tells me that I need more fast!

Ali and I rolled into Lincoln Saturday afternoon after staying overnight in Oklahoma City (San Angelo to Lincoln is a long tow!). The Spring Nationals was a full four day event with a ProSolo on Friday/Saturday and National Tour on Sunday/Monday. I did not have enough vacation to run both, so my Dad and I chose to run the Tour only as practice for Solo Nationals. We unloaded and setup the paddock quickly before heading to the EVO Test n' Tune which was a a separate course from the SCCA TNT. The setup was great and we got a lot of valuable seat time in the car. My Dad and I each ran 10-15 runs with our Goodyear Eagle RS tires. Sam Strano (10-time National Champ and builder of our ESP Camaro) was gracious enough to give us some feedback on the car and our driving. He seemed to be pleased with my overall driving and pace (we were running identical laps around the TNT course), but said I needed to look ahead more which is something that I have been trying to improve on.....but still need some work. Getting better in this area should help me gain valuable time on long, visually confusing National style courses by linking different sections of the course better. He enjoyed taking some laps in his old car and said the diff, setup, and tires felt good, but that the motor felt down on power from what he remembered. I was feeling the same thing unfortunately....our LS1 engine did not seem to be pulling quite as hard from before the ring/pinion failure back in March. 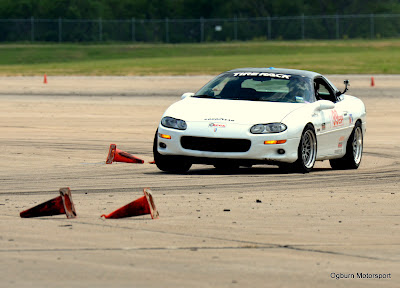 After some "seat time" laps, Lane and I did a pressure study on the tires. We had been running high pressures (42 Front / 40 Rear) in our Goodyear Eagle RS tires based on some feedback from SoCal Solo drivers.  This setup gave really good initial response and good transient response/balance, but seemed to give up some ultimate grip. We decided to try a higher mechanical grip setup and run much lower pressures. We kept dropping pressures until we settled around 28psi front and rear for both my Camaro and his Corvette. Dropping to 28psi yielded higher lateral and longitudinal grip at the sacrifice of gain (more handwheel angle required to make same corners) and initial response. It was getting dark and we ran out of air, so we did not have a chance to re-run our base setup of 42/40. We will need to do a more exhaustive study before finalizing our tire pressures with the Goodyears but for now, we are running in the 28psi range. We are also learning that the Goodyear tire likes heat so we will be tracking tire temps during our future testing/racing and using heat blankets to try and keep the tires in their best operating range. 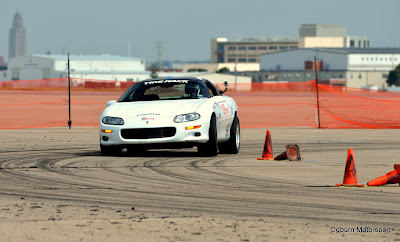 I started Day 1 of the Tour on my tires from the Texas National Tour (so 12 total runs and two heat cycles). We had a solid field of 18 cars in ESP including most of the trophy winners from the 2011 Solo Nats. By Day's end, I was in P4 out of the 18 cars with a 62.135s run. This put me about 2s behind 2011 Champion Mark Madarash but only 0.2s out of 2nd place. The car still seemed down on power (seemed more like a stock LS1 than our modified/tuned LS1) and I was struggling with power-on oversteer on corner exit. I know that seems contradictory, but I struggled putting power down and then it wasn't pulling down the autocross-sized straights. I had switched to a stiffer rear bar for this event to help the car rotate on entry which it did at the sacrifice of corner exit performance. For Day 2, I decided to run the same setup (except for a new air filter) but switched to fresh tires. In hindsight, I should have switched back to the softer rear bar. I think that would have helped me gain more time on course from the new tires. I clocked a 66.804s run on my 2nd try which I could not best on my 3rd run. Unfortunately, a DSP BMW spun near the finish and took out the timing system for about 30 minutes between our 2nd and 3rd runs. Given how the Goodyears like heat, this did not help my 3rd run performance. My 66.8 dropped me back to 5th place and about 0.5s out of the final podium spot.

BMW Tangled in the Timing Wires


Overall, I finished in the trophies in the 2nd largest field at the Spring Nationals with a car I felt was under-performing. I know our ESP Camaro and it's Goodyear tires have much more potential than I showed in Lincoln so I will be working hard to correct this. The setup changes I have made to the car have been the wrong direction I think, so I will be focusing on weight reduction and having the engine output checked/increased. On the way home from Lincoln, Ali and I dropped the car off at LG Motorsport in Plano, TX for a dyno tune. As long as they don't find any issues mechanically, we will be picking up the car on the way to Blytheville, Arkansas for the next SCCA Solo National Tour (June 10th - 11th) on the schedule.

Here is onboard video from my fast runs:


Here are some photos from the Event: 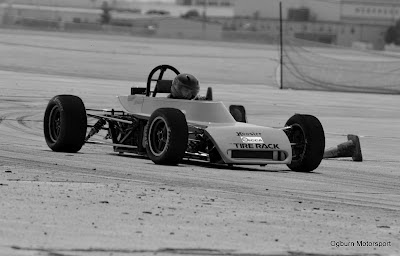 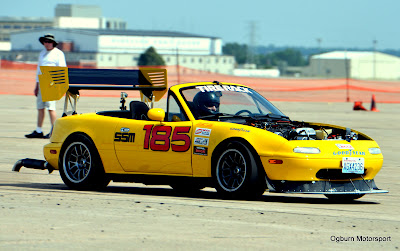 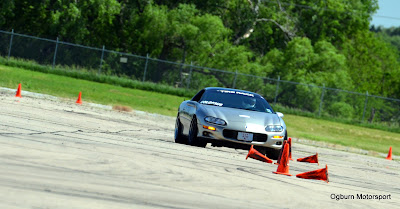 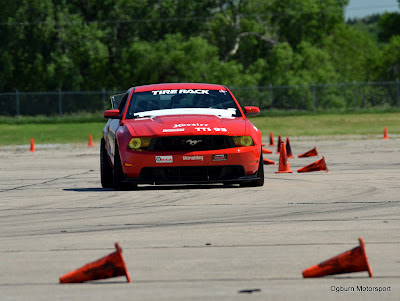 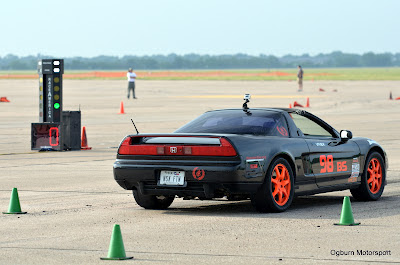 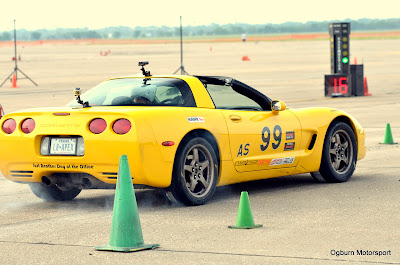 Links to all of our photos: