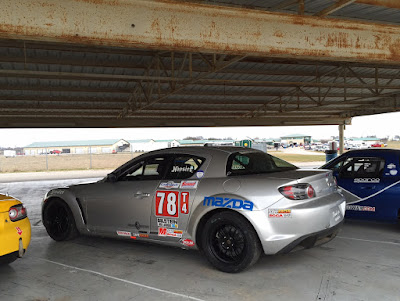 It's been radio silence here for the past few weeks. I've been busy in the shop since my first race weekend at MSR Cresson three weeks ago. Despite the frigid weather that weekend, it started reasonably on Saturday morning. I was the only T4 car there (small field overall, non-points early season race) and there is no data/times for T4 cars on this Cresson configuration to go on so I didn't really know where the car's pace should be. My goal was to push, feel how it performed over a race distance, and generally "get used to" club racing on a practice weekend. The RX8 felt great under braking and had a good balance. I'm till having an issue with the trans popping out of 3rd with any throttle lift, so I was mostly driving one-handed. Not ideal but I can work around it. I bought a spare 2009 transmission which will be going in the car, and I will rebuild the current trans. 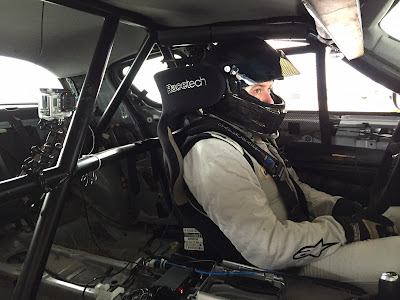 It all went to hell in qualifying though.....I ran 3 flyers and got my lap time in a range I thought was decent and then had a slight miss in 4th gear on the double apex left. I ran around 2 more laps trying to diagnose the problem (intermittent anywhere on track vs. only in corners vs. only in that corner, etc.) when the motor took a dump. Darin George at MER (Mazda Enterprises Racing) was nice and towed me over to their shop. He did a compression test which showed great compression on Rotor #2 and zero compression on Rotor #1. Basically, something broke and I needed a rebuild. 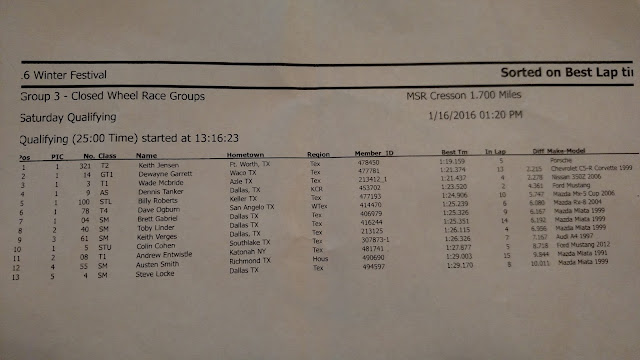 I got my motor to MER the following Friday and they tore it down. The side seals on Rotor #1 had burned up. Rotor # 1 needed to be replaced, but luckily the rotor housing was OK. The engine failure was actually a blessing in disguise because we found several "potential rules issues" with the engine that was in the car. In the end, MER brokered a deal with Texas Autosports to purchase my original engine and I purchased a freshly rebuilt, fully factory spec RX-8 engine. I will be able to pick the motor up next Thursday the 11th and then I can get started on getting the car back driveable. I will take the car back to MER on the 20th for engine tuning prior to my first race. 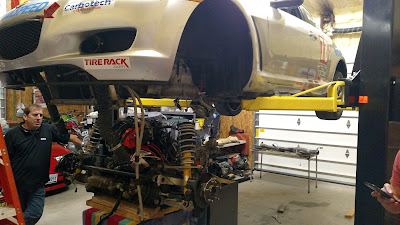 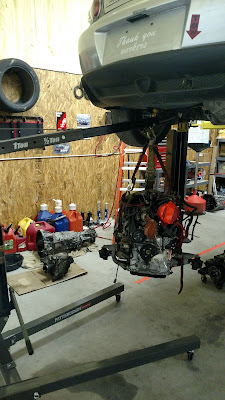 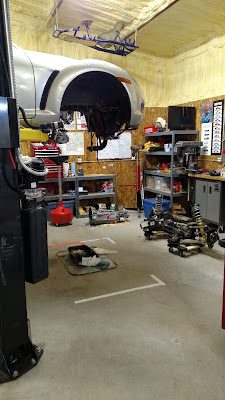 My next race on the schedule was supposed February 13th-14th at TWS. TWS regional is out now, so my next race will be the first Mid-States Conference Major at NOLA Motorsports Park. I was really hoping to have the regional races to practice before NOLA, but I will go ahead and throw myself into the deep end with a Majors weekend. No time like the present to find out if I'll be competitive or not this year.