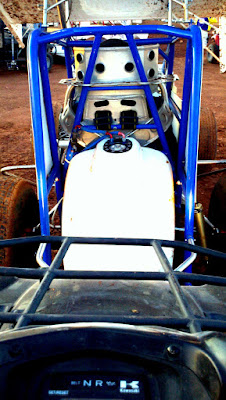 View from the pushstart ATV

I traveled to Abilene for an ASCS 360 Spring car race with Gary, Mike, and Steven this Friday night. Abilene Speedway is a 1/4 mile medium-banked short track and seems to be pretty well maintained. They also have a pretty cool water truck with monster truck tires that they use to pack the dirt before each race. The thing could run over a Sprint Car! Unfortunately, I forgot to snap a photo though...

It was hot hot hot in Abilene and the sun didn't set until about 9:00 which made the track very tricky to predict as the night went on. During hot laps, the track was very slick and had a lot of moisture in it and it dried out significantly for the A Main later that night. 17 cars entered the show. Gary worked his way up to 8th place in the A Main after a poor starting spot, but Steven had to pull out with fuel flow problems.

Here are some video clips from hot laps, Gary's heat race, and the A-Main:

Here are some more photos from the race: 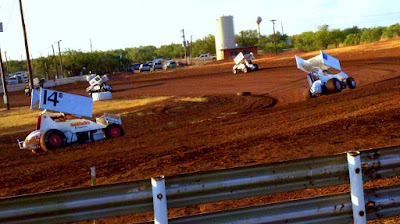 #58 Spring car out during hot laps 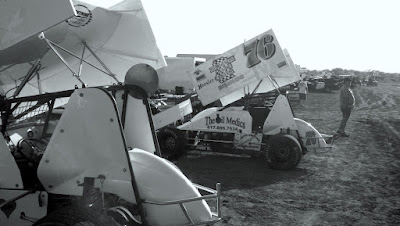 The view looking though the paddock

Random Dirt Modified car in the pits
Posted by Yaw Moment Racing at 7:30 AM